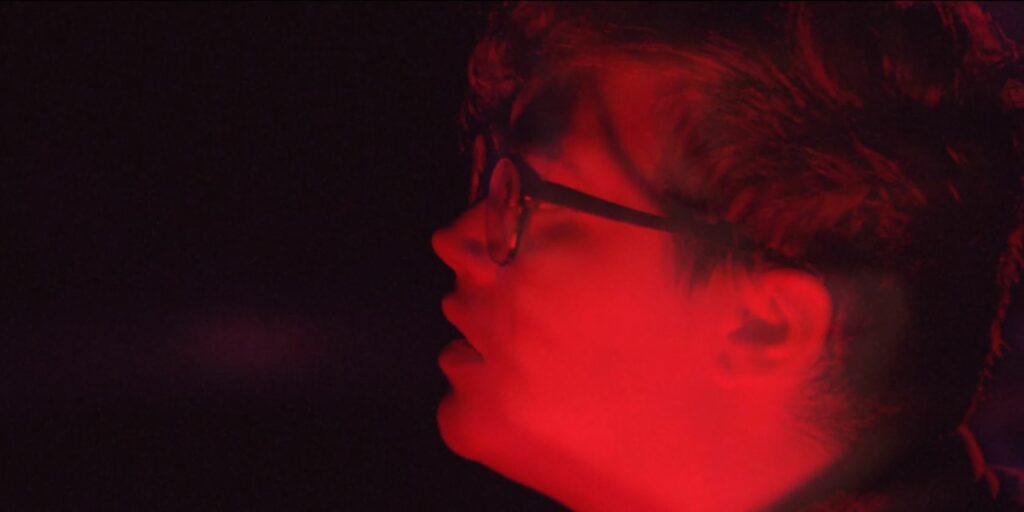 The film’s influences are multifaceted, but there were a few at the forefront of Joel’s mind when crafting the initial script.

A major b-plot that was cut from the finished film (but which astute viewers will no doubt notice the shades of) had to do with what Sara is doing on her phone for the majority of the film. While much of this material was shot, it extended the finished runtime beyond the bounds of many festivals and was therefor cut. This b-plot was largely influenced by the work of Ridley Scott and Charlie Brooker. Should the short ever be optioned for a feature incarnation, this b-plot will likely make its way back in.

The largest influence on the story and filmmaking of the finished short, however, were Panos Cosmatos and David Fincher. Fincher’s tone and melodic sensibilities were at the forefront of the conversations between Director Joel Austin and Director of Photography Daniel Wolff from the beginning. Cosmatos’ work has been revelatory to Joel and more or less the entire tripping sequence in the film is an ode to Panos’ films.

Sara and the Animals Production Information